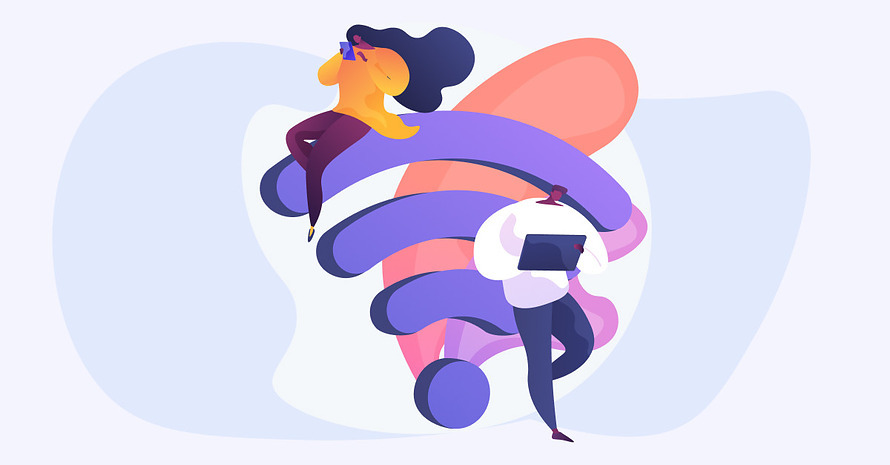 You have experienced various problems when connecting to a resource on the Internet, for example, such as high latency or no availability at all. These problems can be caused by incorrect operation of the intermediate devices in the network as host or end user

The first step to fix the difficulty is to check the ping node or perform a route trace. Tracing can help you determine at what point in the path the issue occurs.

Tracing is a program that checks the route of the data on the way to the server and gives you structured data about the route and the errors that occurred.

How does tracing work?

The TRACERT command uses the ICMP protocol, and sends the TTL echo packets one at a time by increasing their size and tracing their path. TTL indicates the lifetime of the packet. In the beginning the program sends TTL-1, which is 1, it goes to the first node, coming to him reduced by one and sent back. The response from the first node is written on the first line, recording the node address and the travel time. After that, a request is sent with TTL-2, which is increased by one compared to TTL-1. Then it is sent to the first node, where it is decreased by one, then sent to the second node, where it is already equal to zero, and therefore goes back. This process continues until the request reaches the server.

The TRACEROUTE command works on the basis of sending UDP fragments and receiving a port availability/unreachability message. The host generates a UDP fragment, encapsulates it in an IP packet and sets TTL=1. The transit node responds to this icmp packet with a message about the end of packet lifetime. The traceroute utility receives this message and indicates the source address of the ICMP packet as the address of the first hop. The process then repeats with the TTL of the packet incremented. It’s pretty much the same as in tracert. During the tracing process, the UDP destination port number will be incremented at each attempt (33 434, 33 435, etc). It may happen that the destination port is open. In this case server will send e.g. TCP ACK to host initiator if it uses TCP SYN packets for tracing which will be also a trigger to end tracing. In this article, we’ll look at how to trace on Windows, Linux, and MacOS.

In order to perform tracing, you need to do the following steps:

1) First, go to the Start menu and type «Run» in the search bar. Or you can use a shortcut to call the program by pressing «Win + R» on your keyboard. The following «Run Program» window will appear in front of you.

3) Now you have the Windows command line in front of you, where you enter «tracert_server_addresses». You may specify both IP address and domain name of the server being checked; it is obligatory to put these data after «tracert» command and press «Enter» key.

After these steps, you will get the analysis data. The tracert command outputs the data in the form of a table. The table will contain the data in the following order: node sequence number, round-trip delay (time), node name, node IP address.

Tracing in Linux is performed as follows:

The command will bring you a table of data, which will consist of the serial number of the router or in other words node, node name, node IP address, and round-trip delay.

To start tracing on macOS:

The Traceroute command outputs the data in the same order as for Linux.

What asterisks (*) in tracing result mean

Sometimes the tracing program generates asterisks (*) in one or several lines at the end of analysis. Asterisks often mean one of the nodes is not responding. There are cases when the asterisks in the line are displayed due to the fact that the server may have a Firewall, which blocks «unnecessary» packets and lets only «real» ones through. This is done to reduce the load. Accordingly, this is not a problem and your site will open correctly.

In the case of Linux and MacOS, the second situation is not so unambiguous. Since these operating systems trace on ports using the UDP protocol and ports in the range [33 434; 33 534], often, firewalls simply block ports in this range for security reasons. But it is very easy to check for errors — to do it, you need to make a trace using ICMP packet, just adding option -I, specifying it before the IP address or domain name of the server. If you still have asterisks after the trace, it means that the error occurred at some part of the path.

Additionally, you can use PathPing command, which allows you to detect spots with packet loss on each router.

If you have issues, like delay or connectivity, you can contact our specialists for help. To do so, please have the following information ready:

Our specialists will gladly help you to solve your problem.

Version of Adamant website for blind and visually impaired users

The version of Adamant website is adapted for blind users. With the help of software, programs of non-visual access to the desktop of the computer, which work by language alerting the user about objects on the desktop and windows, actions and processes, the user can use the site without any obstacles.

With special programs for the blind, the user can control what he or she is reading by moving the cursor to the appropriate area of the text using the mouse or arrows on the keyboard. Some programs can also convert text to braille if the computer user has a braille display.